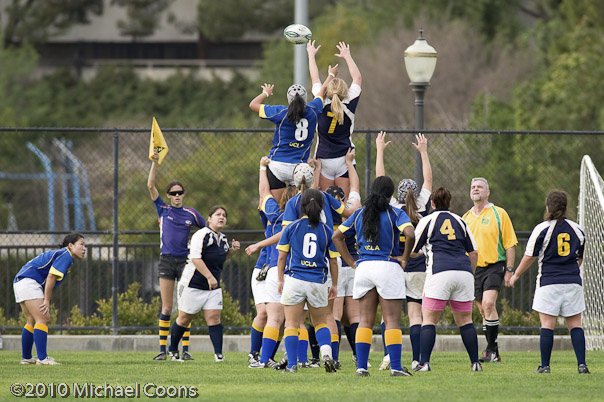 I’ve refereed Rugby for over 10 years.  I, of course, played for longer than that.  No matter what USA Rugby may think, nobody can understand Rugby enough to referee without long experience in the game.  All you Rugby parents who don’t pick up the whistle:  I completely understand.

I got into reffing when I was too old to play the game.  By the same token, I was too old to advance very far as a Referee.  I didn’t care, and still don’t.  I wanted some reason to stay in shape and get out to a Rugby match every weekend.  After my first two or three matches I forgot that I was a “beginner.”  I stopped worrying about the calls I might have missed.  I was in the flow of the game and enjoying myself.  I ran, jogged and walked over four miles every Saturday without even thinking about it.

It was five years ago that I was brought into the Executive Committee of my Referee Society.  A friend of mine was staging some sort of coup at the Annual Meeting.  He hadn’t discussed it with me in advance and I knew nothing of the politics within the Society.  I said yes and became Vice President.

I jumped in as quickly as I could.  I updated the membership lists and created new spreadsheets for assignments.  I spent an entire season figuring out where every team played and where every Referee lived.  I had no idea what I was doing, but I was going to do a good job of it!  One important rule for me was to put myself on the bottom of the list.  I would cover the matches that nobody else wanted, no matter how far the drive or how unruly the teams.  It only seemed fair.

Two years ago I stepped up as President.  I passed on my spreadsheets and what knowledge I could to a younger Referee and tried to keep the whole thing moving forward.  I formed committees for Promotion and Discipline.  I upped the reimbursements for every Referee.  I spread the travel and exchange budget around to the most deserving, i.e. not only the youngest and brightest but the Referees who did the most during the season.  Along the way I had started a website, a Facebook group and a mailing list.  I focused on communication and transparency, making sure that all the information needed was disseminated through every possible channel.

Along the way I became a Referee Coach and Performance Reviewer; watching other people referee and diligently filling out reports and evaluations.  Entering last season, I spent 10 hours a week on Society business and six to eight hours a weekend on coaching and evaluating.  This was probably the most stressful time of my life, and all my effort was going towards a “hobby.”  I went on like that for six months.  I had no help from my EC.  The Society had, unfortunately, elected a fairly ineffective Secretary, Treasurer and Vice President.  The Chairs of my Committees didn’t want to do much.

I was ready to get out, but I wanted to do one more year to turn things around.  I picked the most competent people possible to run for office and hoped to divide up the many tasks that I was covering personally every week.  Things were looking up.

Well…that all fell apart.  I said I didn’t understand the politics when I started; I obviously didn’t learn anything about politics by the end.  A few nasty emails behind my back; currying grievances from the perennially malcontent; drafting a candidate to run against and building him up as someone who had “done so much” for the Society.  I was blind.  I assumed that everyone saw my plan.  I assumed the best in everyone.

So ultimately, in 10 seconds time, I went from believing that I had been working all this time for 30 of my best friends to knowing that over half of them didn’t care, that they had been lying to my face.  Oh well.  I guess the gold watch is right out.

If you’ve read this far, I guess it’s all pretty dismal.  Sorry!  I’ll get to the happier stuff now.

I took a few months off, although I still fulfilled some coaching commitments and a Performance Reviewer course.  Even as I was covering those older commitments, I was distancing myself from Rugby, working out where to go from here.  It was about a month out when something clicked: “maybe I should try being a Referee!”  It’s amazing to me now that I had forgotten what it felt like to referee a match, the pure enjoyment of becoming one with the flow of the game.

Sad to say, Rugby was about done for me.  Maybe it still is.  I’m not sure.  But, opening my mind to other possibilities, I remembered playing Soccer in college and reffing youth games in my spare time.  It only took me a day of research to find out everything about AYSO in my area.  Two weeks later I was a certified Regional Referee who had never refereed a match in my region.  The next weekend I was in the middle of a flock of eight year old girls with a yellow jersey and a whistle.

How was it?  Is it difficult to move from one sport to another?  No, it’s not.  Half of refereeing is the laws of the game, and half is game management skills learned over time.  In this case, the skills translated easily and the Soccer Law Book is approximately 10% the size of the Rugby Law Book.  This was a perfect move.

The best part?  I’m enjoying being a Referee again.  I’m getting two hours of fitness every Saturday without even noticing.  The players are not that skilled, but for some reason, when I’m in the middle of it all, I enjoy watching them every bit as much as watching Bayern vs. Dortmund.  Plus, the pure joy of these children playing a children’s game is infectious.  All in all, I’ve rediscovered why I wanted to be a Referee 15 years ago.

It’s November now.  The AYSO season will finish up in a few weeks.  Rugby will start again in January.  I’m not sure where I’m going with this yet.  I know that I’d like to be an Intermediate Soccer Referee and stay involved.  It’s possible that I’ll ref some High School (or younger) Rugby in the next few months.  It’s hard to say.  Rugby has hurt me.  Soccer has not.  Rugby means driving up to two hours to perform a service for teams and parents that may or may not appreciate my effort.  Soccer means walking down the street to a park on the corner.  I’ve yet to meet a Soccer Coach or parent who did not shake my hand and thank me sincerely.

If emotional satisfaction counts for anything, it looks like Soccer is winning out at the moment.  I’ll just have to wait and see.